If you are looking for the history of nailpolish you came to the right place. I have looked it up to find this information.
By: Liliana

Some people think the Chinese invented nail polish a very long
time ago. Every one  that wanted
nail polish had to make it themselves.

The Egyptians were also known for making nail polish too but
with a different texture. It was made of the temporary tattoo
henna.
Michelle Menard was the one people think invented nail polish.
They think she used the same texture from car paint. 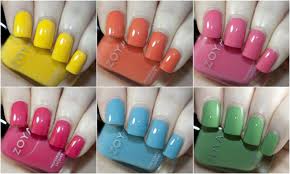