As you can see in the image to the left, the white wolves like all other wolves like to, stay in packs. They eat caribou, musk ox, and, artic hares. They are hunted for their bueatiful white fur coats. Theese wolves white fur coats help when hunting in the snow hiding them from , the preyed upon. Ducking in the snow makes them look like big clumps of snow. Indeed theese white wolves are one of the beauty's of nature!
By: Isabel 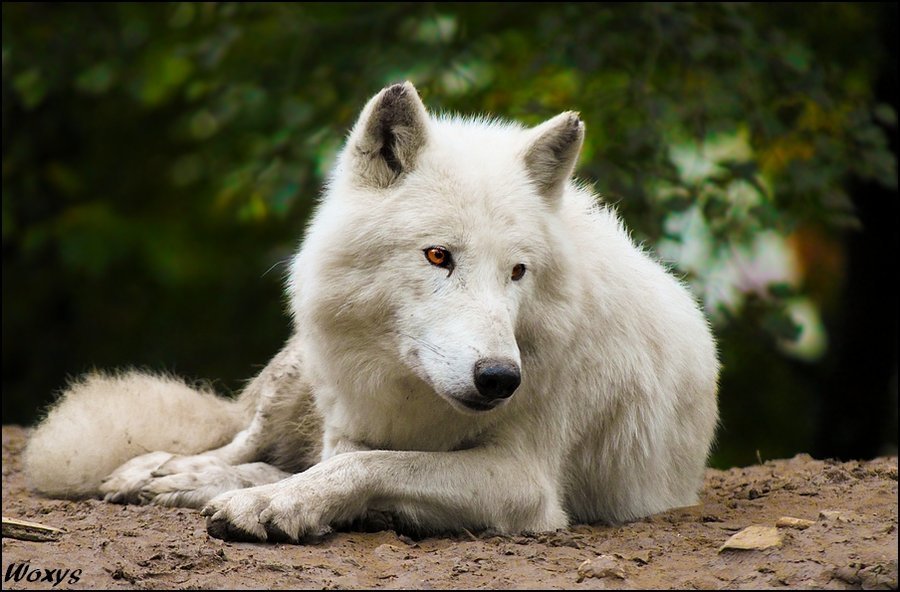 Wolves
are carnivores (meat eaters). If food is scarce, wolves will eat other foreign
foods. Wolves' diet ranges from big game to little game and some little
critters.


Wolves
eat there food very fast to avoid it from being stolen. That makes the chances
of losing their meal less. They eat the best parts of the carcass first, then
the wolves will come back later for the other parts. They will cache (hide) the
food in the snow or the icy soil, which will help preserve
it.


Wolves
can eat every five to six hours when there is plenty of food or they can live on
scraps for two weeks if there is less
food.


A
male wolf eats about twenty pounds of food in every kill that equals eighty
hamburger patties. 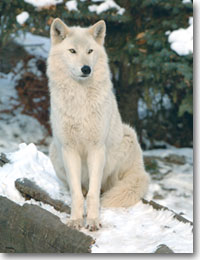